Well it has been a while since my last update…….I hope to start posting regularly again and complete the De Wolfe discography as a priority.

I took a trip to the excellent The London Record Fair today at the Old Truman Brewery in Brick Lane, London: 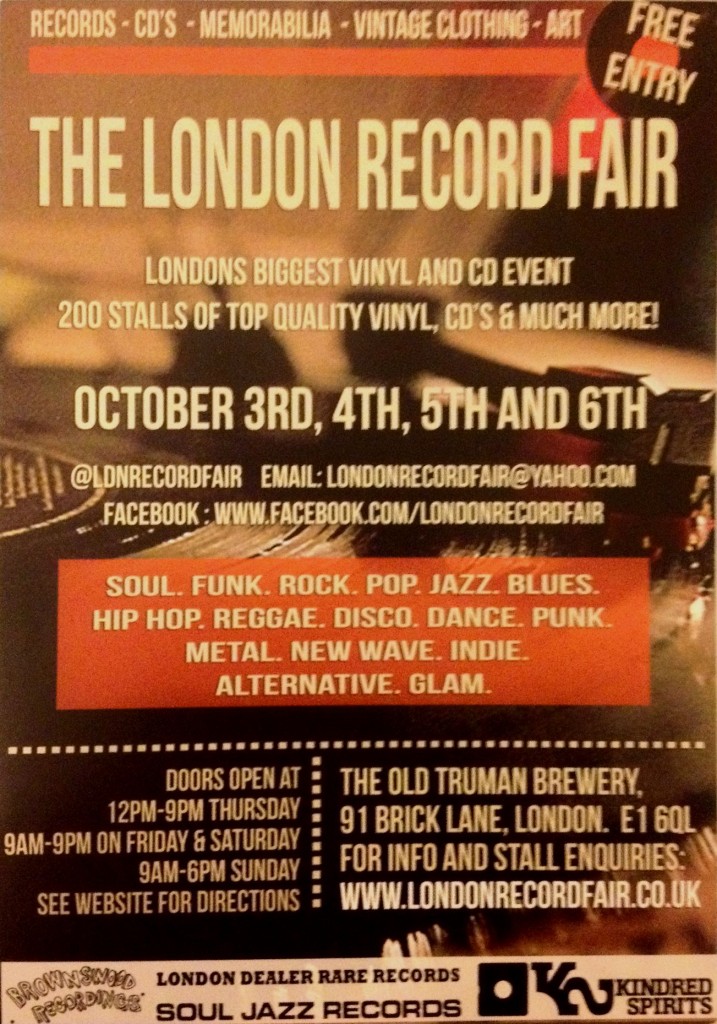 It’s a new fair that looks really promising and boasts some seriously impressive dealers from across Europe.

It runs through until Sunday 6th October, so make a point of going along and supporting Dave Smith and the team.

Let’s hope it proves a real success and it returns again next year.

I’m heading back there tomorrow as Victor Kiswell Records will be there with untold delights, just check out their website !

In the meantime I had a nice find there today – I picked up one of the De Wolfe’s on my long(ish) Wants list….Strange Location…..you know the one I mean….. 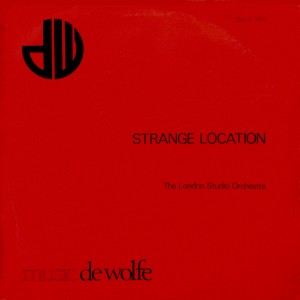 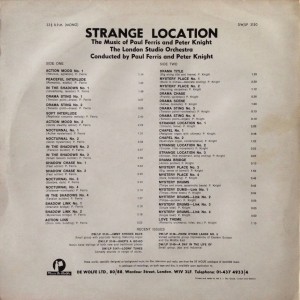 ….yes the one with the cues from the unreleased soundtracks to Witchfinder General and Curse Of The Crimson Altar.